Reflected sound strikes a surface or several surfaces before reaching the receiver. These reflections can have unwanted or even disastrous consequences. Although reverberation is due to continued multiple reflections, controlling the Reverberation Time in a space does not ensure the space will be free from problems from reflections.

Reflections can be attributed to the shape of the space as well as the material on the surfaces. Domes and concave surfaces cause reflections to be focused rather than dispersed which can cause annoying sound reflections. Absorptive surface treatments can help to eliminate both reverberation and reflection problems. 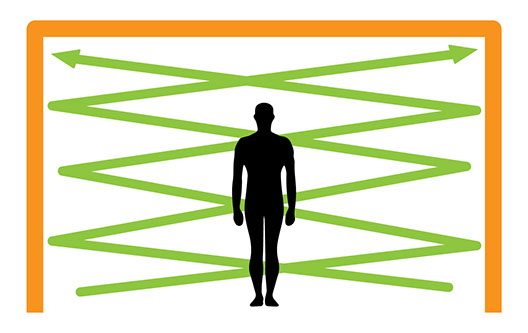 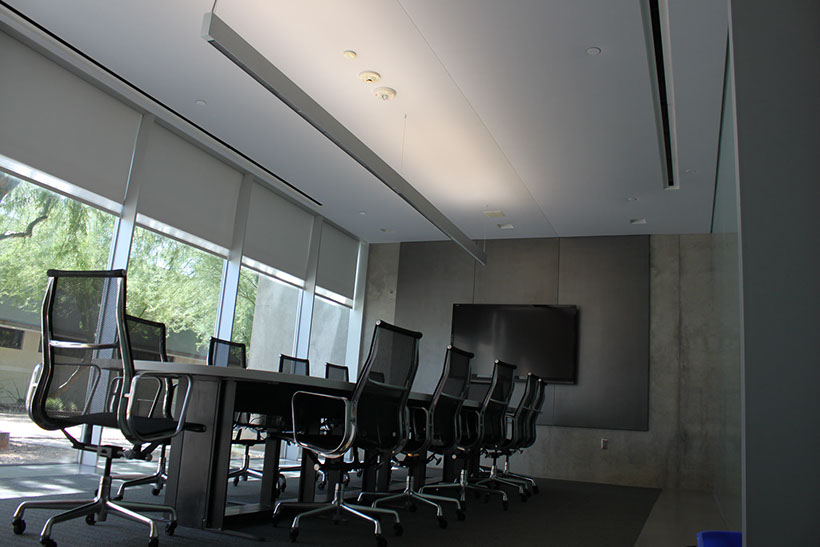 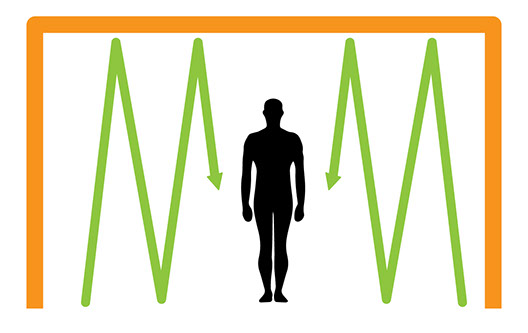 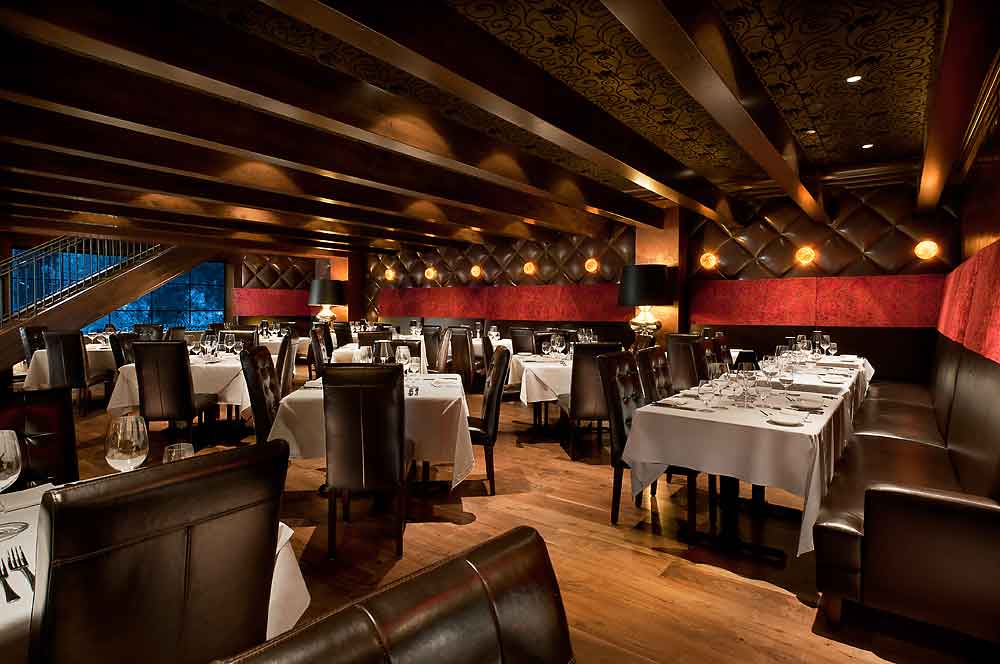 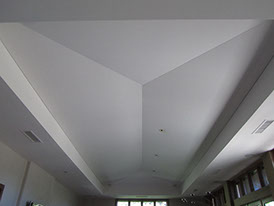 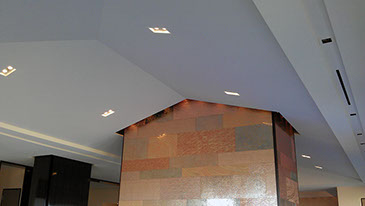 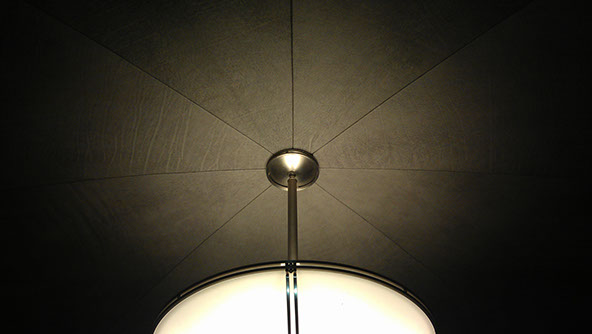 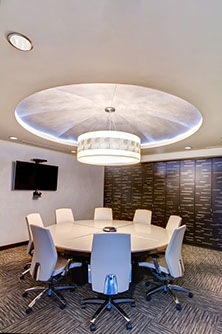 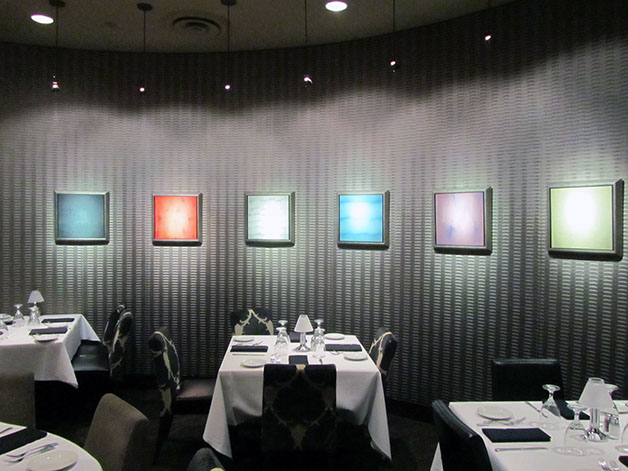 In an enclosed space, when a sound source stops emitting energy, it takes some time for the sound to become inaudible. This prolongation of the sound in the room caused by continued multiple reflections is called reverberation.

Absorption is the solution! 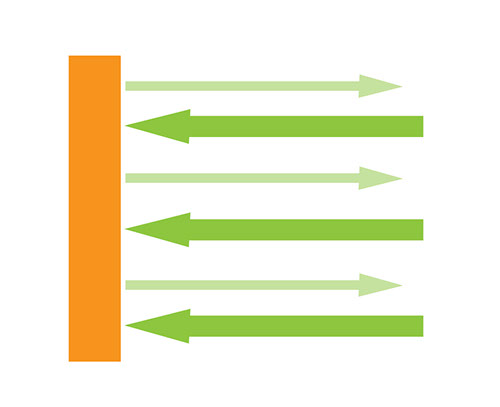 Acoustic absorption refers to the process by which a material, structure, or object takes in sound energy when sound waves are encountered, as opposed to reflecting the energy. Part of the absorbed energy is transformed into heat and part is transmitted through the absorbing body. The energy transformed into heat is said to have been 'lost'.

The Noise Reduction Coefficient (NRC) is a single-number index for rating how absorptive a particular material is. Although the standard is often abused, it is simply the average of the mid-frequency sound absorption coefficients (250, 500, 1000 and 2000 Hertz rounded to the nearest 5%). The NRC gives no information as to how absorptive a material is in the low and high frequencies, nor does it have anything to do with the material’s barrier effect (STC).